The Futility of Fighting Corruption in an Inefficient Public Sector: The Nigerian Case 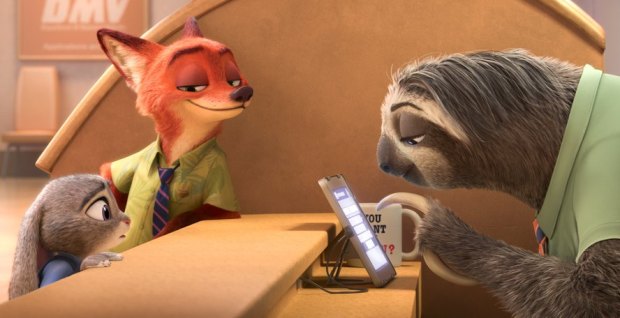 I have just returned from spending my summer back home in Nigeria.  This is the third consecutive summer I have done so.  It is not difficult to tell that a lot has changed in Nigeria over the last one year: a new political leadership, a currency in free fall, an economy in shambles, unpaid public servants and an uneasy excitement about the government’s anti-corruption campaign.  In the midst of all this intrigue however, some things managed to remain unchanged.  The people are still resilient, resourceful and hopeful, churches and other places of worship continue to attract sufficient attendance and the public sector remains as inefficient as always.

From going through immigration and customs at the airport to trying to process a document of any kind in a public office to bidding for public contracts and indeed having any form of interaction with the public service in Nigeria, it is all so easy to tell that this is a country at peace with inefficiency.   This has been the case for so long that it now appears that successive governments just do not care about it anymore.  Most steps taken in this regard have often being half-hearted and never seen to a logical conclusion.

At a time when the economy of Nigeria is facing its most difficult times in decades and having to consider expedient structural changes that are long overdue, there is probably no better time to consider dealing with the size and inefficiency of the public service in the country.  Sadly, the country continues to be gripped with the hysteria of fighting corruption in a rather deluded and mistaken belief that winning the battle fight against corruption will solve the mammoth and variegated challenges of socio-economic and political development in the country.

Beyond the “Fight Against Corruption”

As I have conducted researched on anti-corruption measures in sub-Saharan Africa over the last couple of years, I have become more convinced of the incongruity of the expression “to fight corruption”.  Dealing with corruption is not just a “fight” you win by landing a deadly blow and then move on to others issues.  It is a lot more complicated than that.  This is a fact that the international development community which thrust the anti-corruption agenda on countries in the global south in the late 1990s is painfully realizing now as it begins to ask fundamental questions of the supposed fight against corruption which should have been asked a long time ago.

It is therefore in the best interest of countries like Nigeria to understand what really would drive development in a country like Nigeria beyond just supposedly fighting corruption when a lot more strategic issues are amiss.   For instance, Nigeria ranks at No. 169 in the World and 36 in Africa in the latest Doing Business index of the World Bank that measures the ease of doing business in countries.  This indicator takes into consideration the ease with which businesses can undertake activities like starting a business, dealing with construction permits, getting electricity, registering property, getting credit, protecting minority investors, paying taxes, trading across borders, enforcing contracts and resolving insolvency.

These are all services provided by the public sector and it tells a lot that the country ranks so poorly on the index.  Whilst it is now fashionable to blame everything going wrong in the country on corruption and political parties appear to be in a fruitless battle of trying to establish which is more corrupt and should therefore carry more blame, there is very little a fight against corruption can do to remedy a situation like this.

Those fighting corruption can spend all their days in the ring and their nights in the gym; they can fly to their conceited coaches all over the globe seeking training and assistance and getting pats on their heads all year round in their bid to defeat corruption.  It will all amount to nothing in the long term if fundamental issues like an inefficient public service are not dealt with.

The Cost of an Inefficient Public Service

It is not my intention to trivialize the need to deal with corruption.  However, it is important to contextual this in the broader objective of achieving development.  Without an efficient public service that understands how to do things right and also do the right things, whatever resources saved from dealing with corruption will end up re-embezzled or wasted without achieving the desired development outcomes for citizens.  The cost of an inefficient public service, in terms of discouraging foreign investment, frustrating entrepreneurship and wasting valuable human and material resources will, on the long run, outweigh whatever benefits even the most fervent anti-corruption campaign may provide.

Nigerians are resourceful people.  Their entrepreneurial drive coupled with the wealth of the country in resources and its sizeable market which provides inherent incentives for foreign investment can propel this country out of recession and onto prosperity.  But first, its slumbering public sector has to be awoken.  It is time for the government reconsider its approach of fighting-corruption-is-the-answer-to-all-our-problems and get its priorities right.