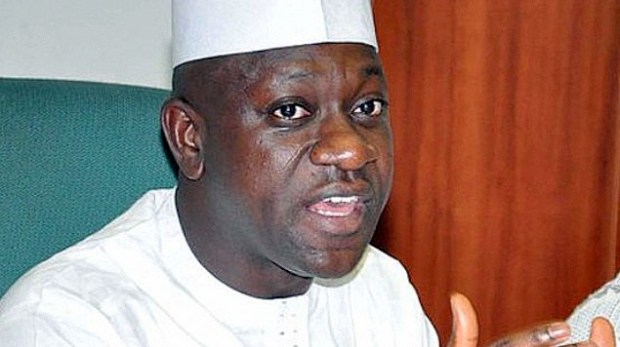 On July 21, a federal legislator in Nigeria Abdulmumin Jibrin blew the whistle on alleged “budget padding” by the speaker and other principal members of the House of Representatives, the lower house of Nigeria’s federal legislature.  Jibrin had just been removed from his position as Chairman of the Appropriations Committee of the House the day before on a range of vague allegations including misconduct, incompetence, immaturity and total disregard for his colleagues and abuse of the budgetary process.

The revelations made by the legislator, in what is now known as the “budget padding scandal” in the country show that the speaker and other federal legislators had earmarked funds for fictitious projects by embedding them in genuine projects proposed by the executive for various departments and agencies in the 2016 budget.  These funds would eventually  then find their way back to the pockets of the legislators in the course of the implementation of the 2016 budget.

In a series of responses in the press, the speaker without necessarily denying the allegations, justified the practice by pointing out that whatever actions taken by the legislature with respect to the 2016 budget were within the constitutionally stipulated powers of that arm of government.  He duly quoted relevant provisions of the constitution to good measure.  He was also quick to resort to the law by quoting  Section 30 of the Legislative Houses (Powers and Privileges) Act to claim privileged immunity against any planned investigation of the issue by the Economic and Financial Crimes Commission, Nigeria’s foremost anti-corruption agency.

After months of intense conversation on the scandal in the media and by ordinary Nigerians  whilst the federal legislature was on recess, Jibrin was, earlier this week, unanimously suspended by his peers for a time frame that could last for over a year, paying the ultimate prize for his revelations.  The motion for his suspension alluded to his recklessness and  to the damage he had done to “the image of the House”.

Budget Padding, Corruption and its Implications

It is worth noting that until Jibrin’s revelations, the concept of “budget padding” had never been part of the anti-corruption lexicon or indeed of public discourse in the country.  And so a substantial part of the discussion on the issue has been on the exact meaning of the concept of budget padding and of the legality or otherwise thereof. Whilst the speaker, the legislators and their sympathisers continue to argue the legality of the practice, it calls into question the broader issue of the definition of corruption and taxonomy of corrupt acts.  Is an act corrupt only because it contravenes the law or should corruption be determined by extra-legal considerations like morality and apparent breach of trust and morals?  Should the discussion on corruption concentrate on the elements of the act alone or the consequences?

In this case, the consequences of budget padding by legislators, illegal or not, has very serious implications for socio-economic development in Nigeria.  As the scandal has progressed, revelations now show that federal legislators get about N100 billion annually for projects in their respective constituencies with about 2516 such projects included in the 2016 budget alone.  One commentator notes that if these projects were duly implemented, there would be at least 5159 federal projects located at the local level all over the country with each of the 774 local government areas getting about 7 such projects.  The development implications of this are enormous.

Yet the conversation has regrettably being about mundane issues that have no effect whatsoever on the development implications of issues of this sort for the country.  The members of the legislature been preoccupied with the effect of the scandal on its “image” and acted swiftly to preserve that image, whatever it is.  The ruling party to which those involved in the scandal belong also acted promptly in cautioning the whistle-blowing legislator from making any further revelations to the press.  The question left unanswered is, who will act swiftly for the ordinary Nigerian who ultimately bears the immediate and long-term consequences of such palpable corruption?

Understanding What Really Matters for an Anti-Corruption Campaign

The ruling party in Nigeria which was voted in primarily on the premise of fighting corruption has been establishing special courts and even more anti-corruption agencies, as if the ones in the country are not too many already. It has also been demanding, soliciting and blackmailing countries and individuals alike for the return stolen funds and taking other cosmetic steps in its fight against corruption.  All these might be well received by donor organisations, the world press and western allies, but they would mean absolutely nothing to the ordinary Nigerian if fundamental institutions like the legislature are as dysfunctional as this scandal highlights, and whistle-blowers are shamed and discarded.

This scandal reiterates the fact that Nigerians cannot depend on their political institutions to fight corruption.  The real fight is between ordinary Nigerians and those in power – executive and legislature, irrespective of the party, agency or committee.  And in all battles, there are heroes and martyrs. Since it is apparent that the political leadership in the country is determined to martyrise Jibrin for his actions instead of celebrating him, it is left to ordinary Nigerians to celebrate him for his acts of heroism that has provided a rare peek through the hitherto dark veil of legislative tyranny in the country.